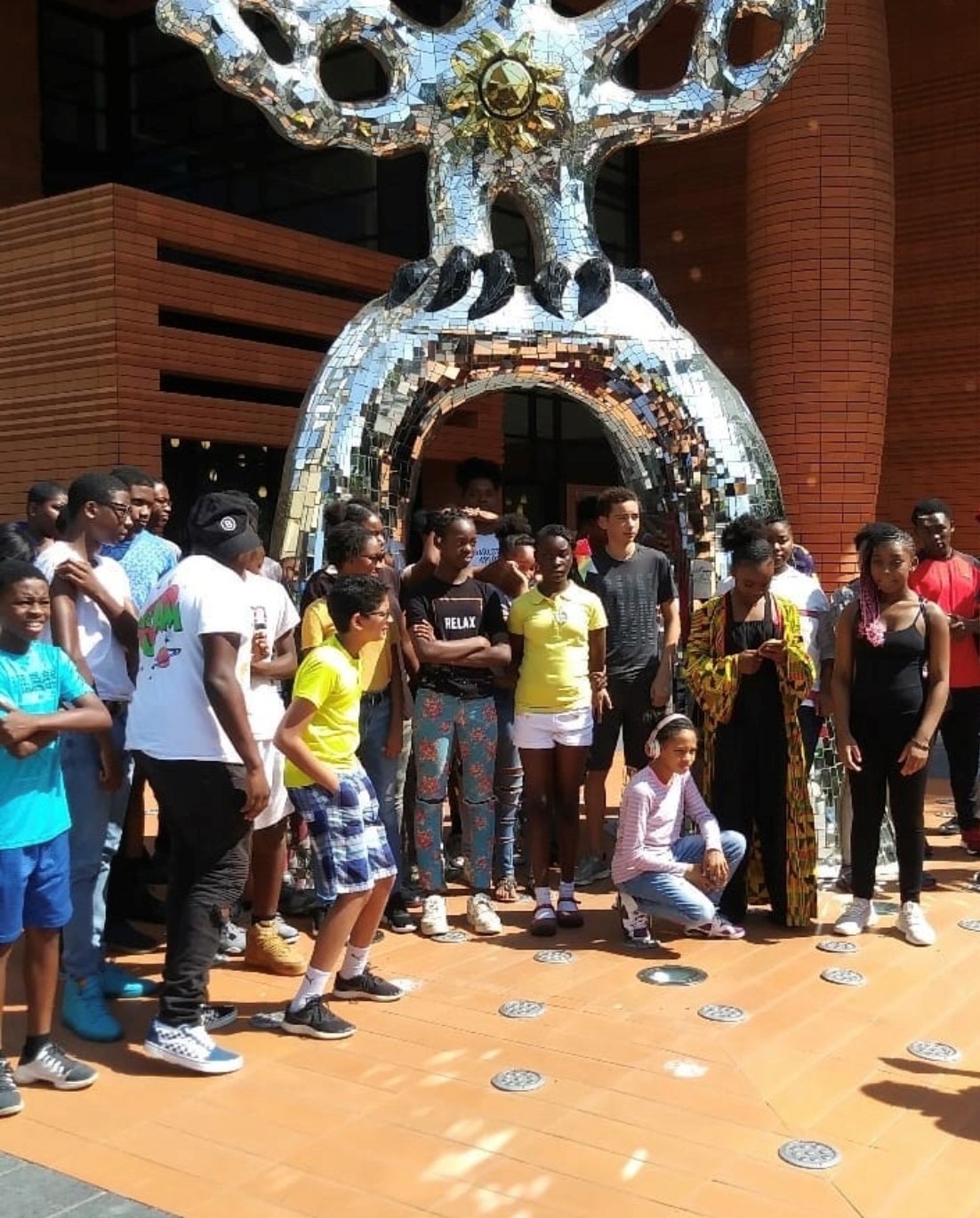 This summer ULI Charlotte hosted the  Hip Hop Architecture Camp in Charlotte, North Carolina and the Lotus Campaign was lucky enough to be a sponsor. The Hip Hop Architecture Camp uses hip hop culture as a catalyst to introduce underrepresented youth to architecture, urban planning and design. The camp is led by architectural grad students who work with middle and high school students and introduce them to architecture, urban planning, creative placemaking, and economic development using hip hop culture and music as a  catalyst.

During the week, students created 3D digital and physical models, visited historic sites and recorded a song and music video to summarize their designs. Charlotte hip hop artist, Yung Citizen, stopped by to discuss the music industry and judge a “rap  battle” to pick the best lyrics and performers for the music video. Maximus Music Records hosted studio space for students to record and the Harvey B. Gantt Center for African-American Arts + Culture provided a guided tour through exhibitions of local architecture and artwork.

Take a look at their final video where the students speak about community, affordable housing and homelessness better than most experts we know!

Click here for more  about the Hip Hop Architecture Camp and the story behind the program.